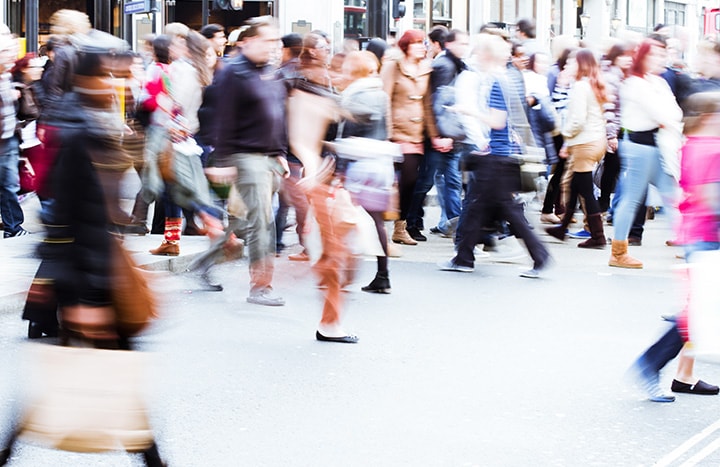 What do you do when you need to know the answer to something?  For the majority of Americans, you Google it of course.  Most people inherently trust Google to give them relevant, accurate and, perhaps most importantly, unbiased information.  After all Google has achieved market dominance among search engines by consistently giving users the most helpful and relevant information in response to their searches.

In this article, we are going to take a look at what degree of impact search engine rankings can have on public perception and opinion, and then look at how results can be influenced by using Search Engine Optimization tactics.  Let’s jump in.

Humans like to use mental shortcuts, or biases, to make our decision making processes easier.  The availability heuristic, or bias, is a mental shortcut that relies on immediate examples that come to a given person’s mind when evaluating a specific topic, concept, method or decision. This bias operates on the notion that if something can be recalled, it must be significant, or at least more important than other solutions which are not as easily remembered.[1] An example of this, is kidnapping.  Because a kidnapping is a highly publicized and memorable event, the average person thinks that they happen much more often than they do because examples of them are easy to recall.

Now what does this have to do with search engine results?  When looking at a page of rankings, a person’s opinions can be influenced by whether the first page is dominated by positive, or negative associations with the topic.  For example, if a person searched for information on “Muslims in America” their perception on the topic would be highly influenced depending on the nature of the results, and which results ranked more highly.

That public opinion can be influenced by search engine results is not terribly surprising, but what was previously unknown was how strong this influence could be.

In July of 2015 Drs. Robert Epstein and Ronald Robertson published a study on the search engine manipulation effect (SEME).  This study was based off of “five relevant double-blind, randomized controlled experiments, using a total of 4,556 undecided voters representing diverse demographic characteristics of the voting populations of the United States and India.”[1]

Undecided or neutral voters who saw positive results were ranked more highly for a candidate rated their preference for that candidate about 50% higher after viewing search results.

Even more surprising, this drastic change in voter preference is not the experiment’s most significant finding: between 75-100% of participants didn’t know they were looking at rigged search results.

When this is paired with the high degree of trust most people have in the accuracy of Google search results, the implications are disconcerting to say the least.  Later research reinforced earlier findings and suggested that search rankings impact nearly any type of issue on which people are initially undecided around the world. Search results that favor one point of view influence the opinions of those who are undecided. In a later experiment, biased search results shifted people’s opinions about fracking by 33.9 per cent.[2]

One of the co-authors of the study Dr. Robert Epstein went on to say, “We now have evidence suggesting that on virtually all issues where people are initially undecided search rankings are impacting almost every decision that people make.”[3]

OK, so now we now that there is compelling evidence to suggest that people are able to be strongly influenced by the nature of the results displayed by search engines.  But the question remains: is this system being manipulated?  If it is, how would it be abused?

Since Google’s search results are coming from a machine algorithm, most people trust that the results are not biased.

While a machine can’t display bias (at least not yet), there are three ways that the search engine results could be manipulated.  The first is by a search engine such as Google, Bing or Yahoo, subtly changing its algorithm to display results that are preferential to certain outcomes.  The second is a hacker secretly manipulating a search engine’s algorithm without the original developers’ knowledge.  The third and (hopefully) most likely way to manipulate search results is by search engine optimization practices.

Let’s tackle these possible methods of manipulation.  The first two options, deal with manipulating the structure of a search engine’s algorithm, either by internal company policies, or covert hacking.

In his excellent TED talk on the topic, Swedish author and journalist Andreas Ekström shows two examples of Google as a company stepping in to act when individuals were working to dominate image searches with subversive results.  In the first incident, Ekström explains how individuals used common SEO strategies to cause a racist image of Michelle Obama to show up in the search results for her name.  In that case, Google intervened and manually changed the results to display her proper image.  When others used these same tactics to influence the image results for a Swedish terrorist to display of dog feces, Google chose not to intervene.  While as a society we may sympathize with Google’s choices to intervene in the first matter, and not to do so in the second, the fact remains that this company chose to directly intervene to control what images would be displayed in these searches.

Ekström, concludes his talk by saying unbiased search result is, in fact, a philosophical impossibility and that “behind every algorithm is always a person, a person with a set of personal beliefs that no code can ever completely eradicate. The notion of the unbiased search result, is and is likely to remain a myth.”[4]

At the outset, it is important to establish that the “public” in public opinion does not have to mean an entire region or country.  Using SEO tactics, one can have a strong impact on results within a certain very specific niche, or target demographic.  For the purposes of inciting change, focusing on these smaller segments of the population is likely going to be the more achievable and impactful route to take.  A local business or a town councilman running for re-election may have high rankings on a variety of key search terms nationally, but if they fail to capture those searches most important and frequent to their local community, their SEO approach will not be successful.

A common method to clarify the current perception of a topic is to use keyword search data trends from Google to see how sentiment is changing.  One can also narrow geographically where these changes are happening. It isn’t necessary to change everyone’s perception you can use SEO to target just the key people.

Once an SEO expert has this data, they can use a variety of tactics to try to rank as many webpages that are favorable to their brand, platform, etc. as high up in the search results as possible.  By crowding out the first page of Google, they are using the availability bias to change public perception by working to ensure that the data that searches produce is overwhelmingly positive towards their goals.

After the results are as favorable as possible, another approach is to make sure that the content on these results is as relevant as possible to the target niche.  Web designers and SEO experts design the web page and the text on the website to resonate with the desired audience.  This uses what is known as the mimicry effect, which states that by presenting a person or information as similar to the desired audience, the message will be better received.

Another way that SEO can impact perceptions and opinions before the search has even been completed, is by influencing the autocomplete results.  Autocomplete (or “autosuggest”) refers to the search suggestions that appear as you type a query into the search box.  There are ways that might influence and leverage the autocomplete SEO options that appear, however, there are none that I consider to be ethical, not to mention effective in the long term.  I did want to mention this approach, however, because it is a possible way that companies can influence public perception through SEO, even though we do not recommend using these “black hat” tactics.

To sum up: search engine results have a strong impact on public opinion and these results can be manipulated either through the engine platforms themselves, or by traditional search engine optimization tactics.

It is worth noting that currently, there are no laws about search engine results on the books.  This doesn’t mean that there aren’t industry best practices, let alone ethical considerations to consider. At Polianna, SEO we have a strong commitment to providing dramatic results while using ethical practices.  If you would like to learn more about this topic please give us a call at 1-703-475-6907.  To learn more about what can be done to improve your search rankings, please fill out our discovery form.